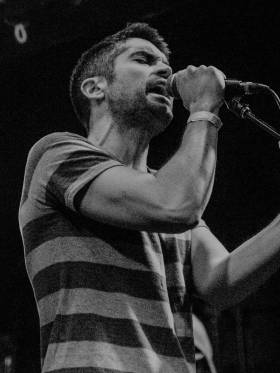 Jordan Lally is a singer-songwriter, meditation teacher and co-founder of the Ed Lally Foundation. Through his music, teachings and community events, Jordan advocates for a proactive approach to mental health through meditation, mindfulness and authentic self-expression.

As a songwriter, Jordan has penned over 200 songs across various genres, while serving as frontman for the Big Infinite and Fiction 20 Down. Jordan and his bandmates have released numerous studio albums and toured extensively throughout the U.S.

Following the tragic passing of his father to suicide, Jordan and his family started the Ed Lally Foundation to advocate for a proactive approach to mental health & suicide prevention through accessible practices of meditation, mindfulness, authentic self-expression and community connection. 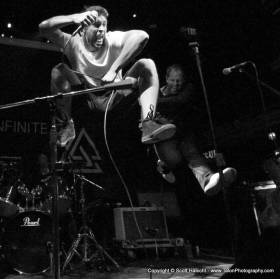 In 2014, following the passing of his father, Jordan’s songwriting took a dramatic turn - bearing himself like never before, an absolute honesty pervaded his new songs. This attitude carried over to the musicianship, as Jordan and his bandmates crafted a dynamic rock fusion built upon an unbridled passion and unmitigated honesty. The Big Infinite was born.

Check out the band's debut EP “The Big Infinite: Volume One” on iTunes, Spotify and other major digital outlets. Visit thebiginfinite.com for more info. 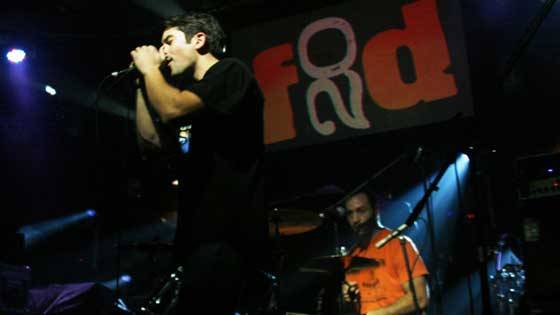 Jordan began his songwriting and performance career at the helm of Fiction 20 Down - a hybrid of rock, reggae and hip-hop that Skope Magazine dubbed “an incredibly cool brand of music”.

Fiction 20 Down’s Do Not Feed The Radio EP was named one of 2011’s ”best new releases" by tastemaker music blog Indie Rock Cafe. The band's reggae-inspired Live at the Hadabee album landed in the top 10 on iTunes reggae charts in 2013. The following year Fiction 20 Down was named “Breakout Artist of the Year” at the Maryland Music Awards.

Fiction 20 Down has performed live throughout the US, including appearances at California Roots Festival and Orioles Opening Day at Camden Yards. For music and more info, visit fiction20down.com.